Discover magical Amsterdam and learn how to photograph like a smartphone pro!

Learn everything you need to know from famous Dutch photographer Jeroen Swolfs about SMARTPHONE photography. Take amazing photos during our fascinating walk guided in English by our unique app in stunning Amsterdam!

Start: Dam Square, Amsterdam: Start your Smartphone Citywalk whenever you want  in the heart of bustling Amsterdam. The app will start automatically when you arrive at Dam Square. Enjoy!

Starting at Dam Square let the Smartphone Citywalk app guide you towards the tranquil canals of the old town. Discover famous and century old canals like Herengracht, Leidsegracht en Prinsengracht.

The stunning canal houses and live boats gaurantee fantastic photos. The walk is filled with small shopping streets where Amsterdammers go about their daily business and you can sit down at one of the many terrasses to enjoy a drink or local cuisine.

The famous and infamous Red Light District of Amsterdam! The beating heart of tourism in this old world city. Amsterdam once started here and you can still see that in the beautiful architecture and the houses that sometimes go back to the 11th century! The people of Amsterdam and the reportage style are central on this route. In the narrow alleys of the Red Light District you will encounter typical Amsterdam scenes and on the canals boats sail and swans swim. A 10-minute walk from Felix Meritis you can see Amsterdam in all its glory.

Are you in New York or London? It’s the Amsterdam Zuidas! Of course, architecture plays a major role in this fascinating area. Some of the most eye-catching buildings in the Netherlands can be found on the Zuidas.
But the Zuidas is much more than just a business district. Thousands of people live and work here who you will take along in your story about this energetic district. This inspiring walk uses the longest exhibition in the world as your guideline: Streets of the World – Zuidas.
Based on the beautiful street photos by Jeroen Swolfs, which are displayed there in a 300-meter long exhibition, the loges in the world, you will receive your assignments and you will learn to view and photograph the Zuidas in a completely new way!

Tickets
What an amazing concept! You're safely guided throug the city and also learn how to take amazing photos.

I wish there was a smartphone citywalk in every city I visit. What a fun way to discover. Thanks!

What surprised me the most was that there are so many functions on my phone for photography. Really valuable to know!

I had no idea I was such a good photographer!

From now on I will always be Able to take beautiful photos and make memories with my phone. Thanks for a fun day! 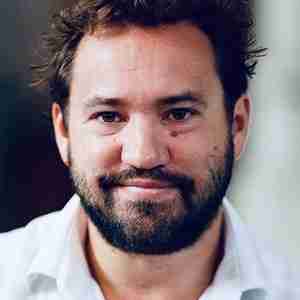 Not the right answer? Send an e mail to info@photoclass.nl

Can I do Smartphone Citywalks with kids?

Absolutely! Smartphone Citywalks is very admissible for kids from 8 years old and up who understand how to uwe a smartphone.

Does the smartphone citywalk continue with bad weather?

Entirely up to you! Amazing photos can be taken with any weather. Just bring an umbrella if it looks like it's going to rain.

How does the app work?

After buying the citywalk you recieve an email with instructions. Download the app on your phone and head to Dam Square. The app will do the rest!

Can Jeroen be there live?

With what phone can I do Smartphone Citywalks?

With all modern smartphones!